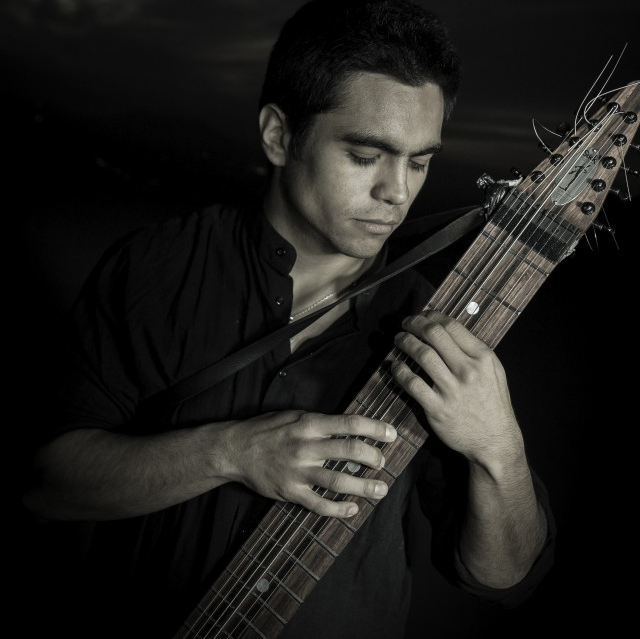 Rafart is my Electronic Prog-Rock solo project, where I combine Prog-Rock and EDM sounds to create a unique musical style. In this project, the Chapman Stick, my voice, and different gadgets are my tools of expression. It has taken different formats such as trio, duo, and solo performance, and it incorporates different session musicians that always bring unique sounds and styles.

The Rafart project is a fluid concept rooted in prog-rock and EDM. As such, instrumentations and styles change regularly. The only element of continuity in this project is the Chapman Stick and me.

My musical beginnings were in contemporary classical music, writing ensemble, solo and orchestral pieces that won awards and were performed in Chile and Argentina. During my composition studies, between analyzing the scores of composers such as Ligeti, Grisey, and Murail, I picked up the Chapman Stick in late 2005. From there, I started a Space Rock band named Space Oregano with my long-time collaborator Pato Nuño. This exploration into Space rock, Prog, and EDM, was the pilar of what the Rafart project would later become.

In 2012, with the help of several session musicians and producers I made my first two albums in a trio format (drums, guitar, stick): ¨The Handbook of the Acid Rider (Mylodon Records, 2013)¨ and ¨The Dark Night of the Soul (Independent, 2014)¨. The Handbook has a few of the songs made by Pato Nuño and me during the Space Oregano years. Though both these are prog-rock albums, I took a lot of elements from electronic styles.

During 2014-15, I attended the Music Technology Innovation Master at Berklee College of Music, to learn to produce music myself. Here I incorporated electronic music in a much more straight forward way. The EP Get in The Grid (2014) was my first venture into a fully Electronic Rock format, with the Stick still as the main instrument. At Berklee I had the chance to have a trio band to perform my songs with guitarist Felipe Saalfed and drummer/film composer Bernardo Castro. The last Rafart band performance was in Valencia, Spain on July 2015.

After graduating from Berklee in Valencia, Spain, I moved to the United States to continue my musical development and deepen my understanding of Music Technology. Here, I worked with the MIDI controller manufacturer company Livid Instruments in Austin TX. Shortly after I moved to Boston, MA, where I have released mostly singles and videos.

At this moment, and after a silence of several years, I'm releasing my fourth EP in an Electronic Prog-Rock style. It preserves the instrumental approach from my previous musical stages but incorporates songs, lyrics, and the collaboration of Pat Nuño and Felipe Saalfeld as session musicians.